Illyria returns to Pinner Memorial Park with “The Tempest” 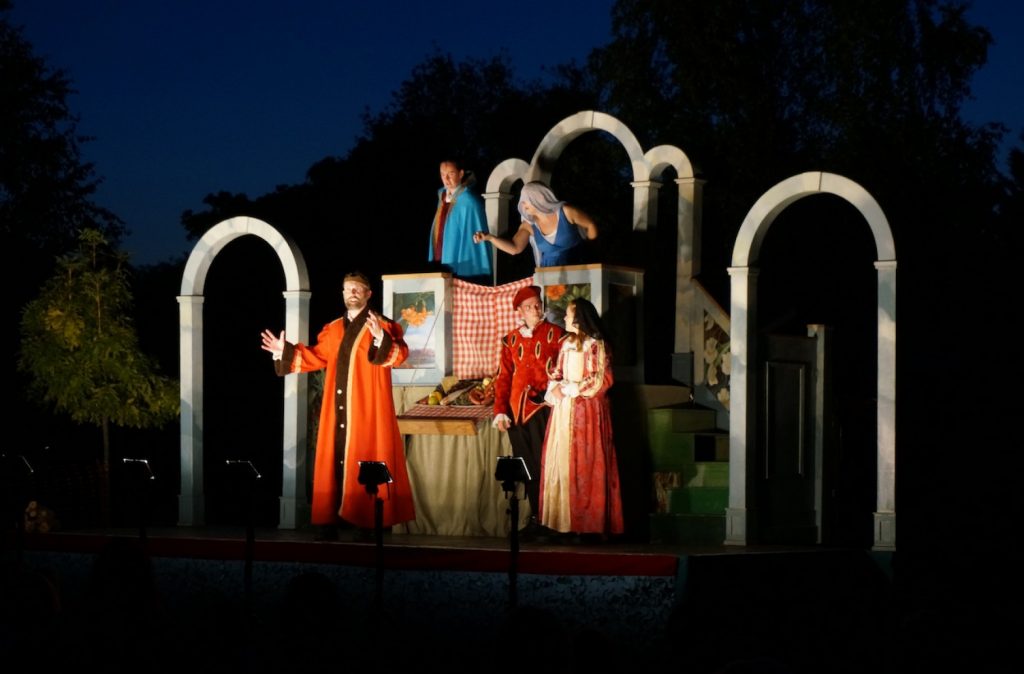 As Organised by our learning events team, multi-award winning outdoor theatre company Illyria triumphantly returned to Pinner Memorial Park to bring us THE TEMPEST by William Shakespeare, albeit without a storm cloud in sight.

In the heat of one of the hottest August bank holiday weekends on record, five actors whizzed through costume change after costume change to cover all the characters in this magical play. As the sun sank they brought us through a whole gamut of emotions from anger, revenge, romance, inebriation, comedy, slapstick, and finally forgiveness and resolution, sticking strictly to the original script of this, Shakespeare’s last play.

With an explosive release of the magical spirit Ariel from her service to the magician Prospero, the proceeding were brought to a wonderful close and the many attendees made their way home through a park lit up by fairy lights and the moon.

Watch this space for next year’s performance announcement!