William Heath Robinson is an artist whose work, whether in his well known humorous drawings or his illustrations for Kipling, Shakespeare or children’s stories, is integral to British cultural heritage. His name entered the language as early as 1912 and is still in daily use to describe the kind of ad hoc contraptions that featured in many of his cartoons.

He was born in Finsbury Park, North London, in May, 1872. His father Thomas, an illustrator and engraver, had to illustrate the main news story each week for the Penny Illustrated Paper. It must have been from his father that Heath Robinson learned the disciplines of a commercial artist.

He trained at Islington School of Art, then at The Royal Academy Schools. His ambition was to be a landscape painter, but he had to find a more readily saleable form of art. His older brothers were already established as book illustrators and he joined them. 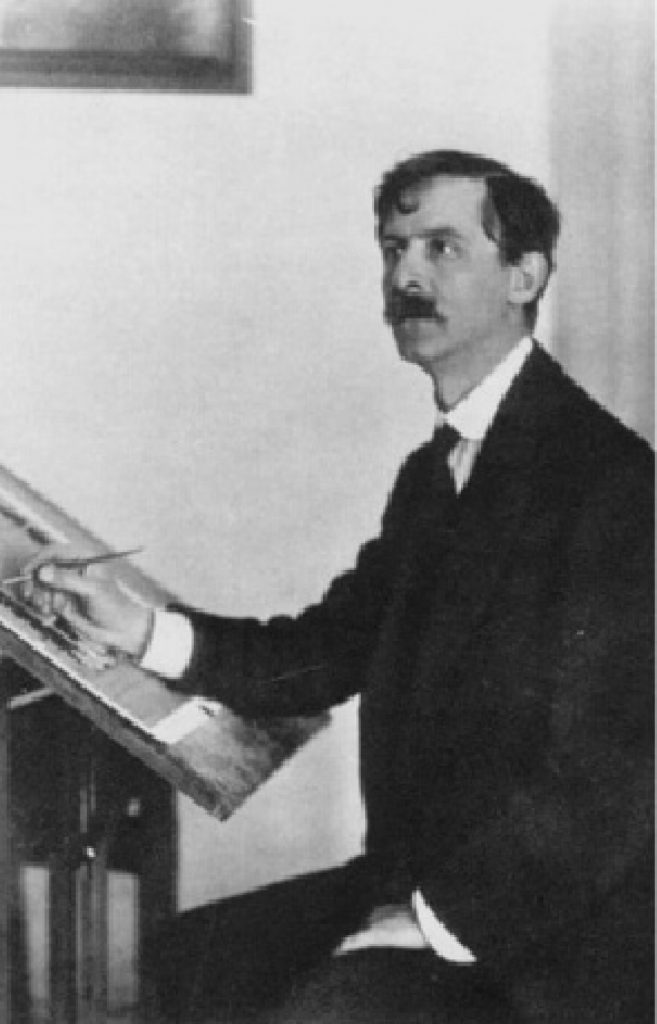 By 1900, when he illustrated Poe’s Poems, he was acclaimed as a ‘worthy disciple of the modern school of penmen.’ In “The Adventures of Uncle Lubin” (1902), which he wrote and illustrated, his sense of humour first came to the fore.

He went on to illustrate Shakespeare, Kipling, and more of his own books, in colour and black and white. His masterpiece was “A Midsummer Night’s Dream” (1914) in which he set out to provide ‘a record of … the most wonderful moonlight night in fantasy’. 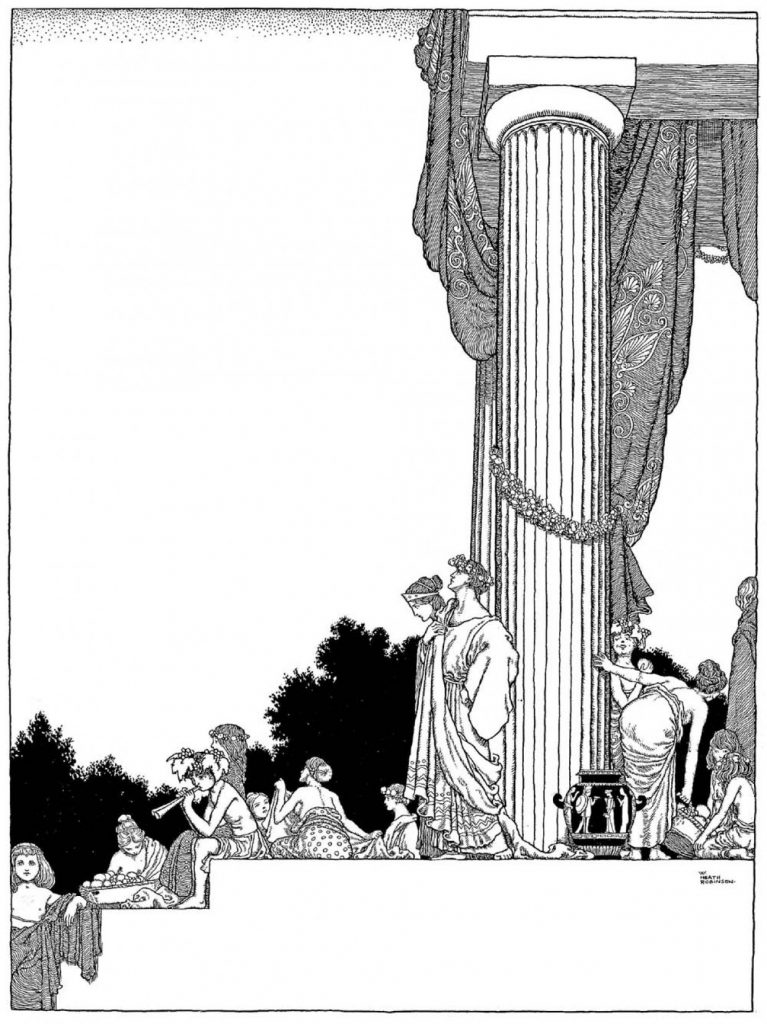 From 1905 Heath Robinson worked as both an illustrator and humorous artist, publishing his cartoons in popular magazines. By 1914 he was immensely popular and able to raise the morale of both troops and civilians.

He countered the pompous German propaganda and the depression engendered by the horrors of war with gentle satire and absurdity. He received a constant stream of letters from both troops at the front and the public at home thanking him for bringing a little joy into their miserable lives and suggesting subjects for his pen. 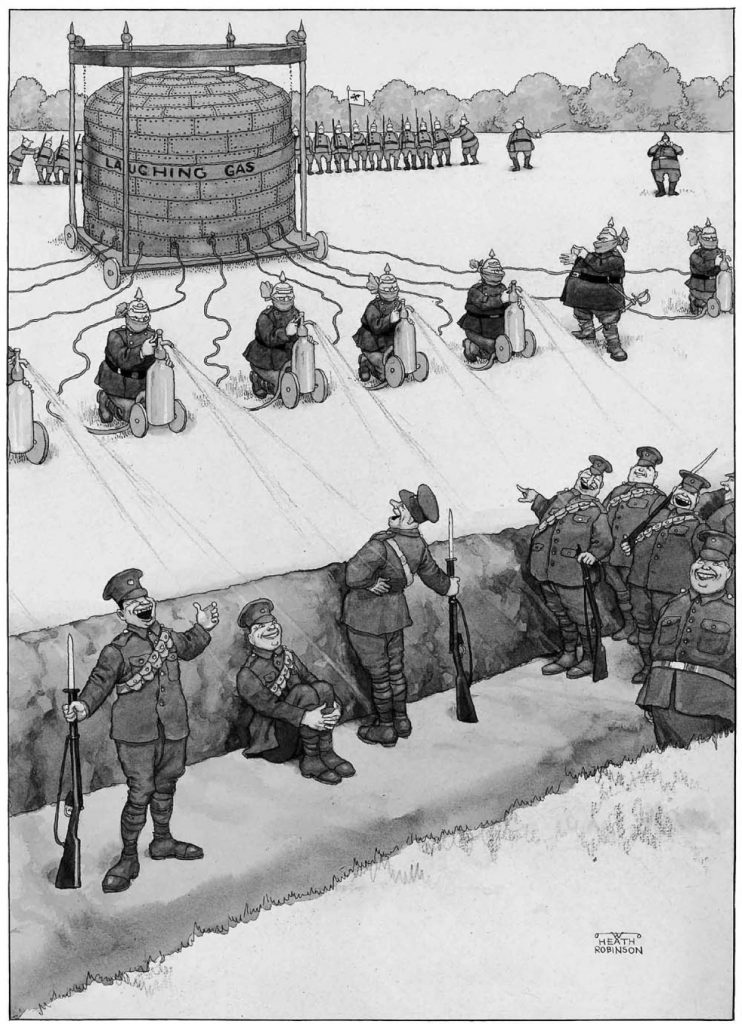 Heath Robinson started married life in various flats in North London, close to where he had grown up. In 1908, with a growing family, he moved out to Hatch End near Pinner in rural Middlesex and then into the village itself, at 75 Moss Lane, where a Blue Plaque can be seen today.

His brother Tom was already living there and they enjoyed meeting in the Queen’s Head in the High Street with their artist friends.

It was in Pinner that the finest of his book illustrations were made, as well as much of the work that established him as a humorist. 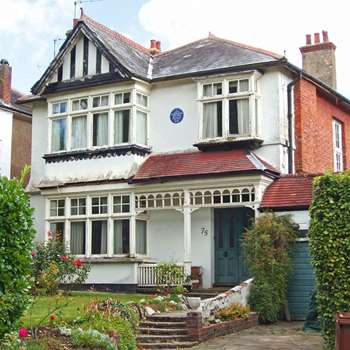 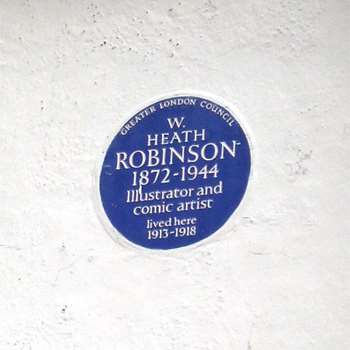 Heath Robinson is best known as the creator of weird mechanical devices and strange gadgets, usually held together with knotted string. His name became an adjective to describe such ad hoc devices.

In his early drawings, he set out to satirise the pomposity, fussiness and self-importance of ‘experts’. He soon found that over-complicated machinery would serve as a metaphor for the bureaucracy and arcane processes that such people invent.

Much of Heath Robinson’s humorous work centres on the human condition, and the weakness and self-importance of man rather than the gadgets and contraptions themselves. 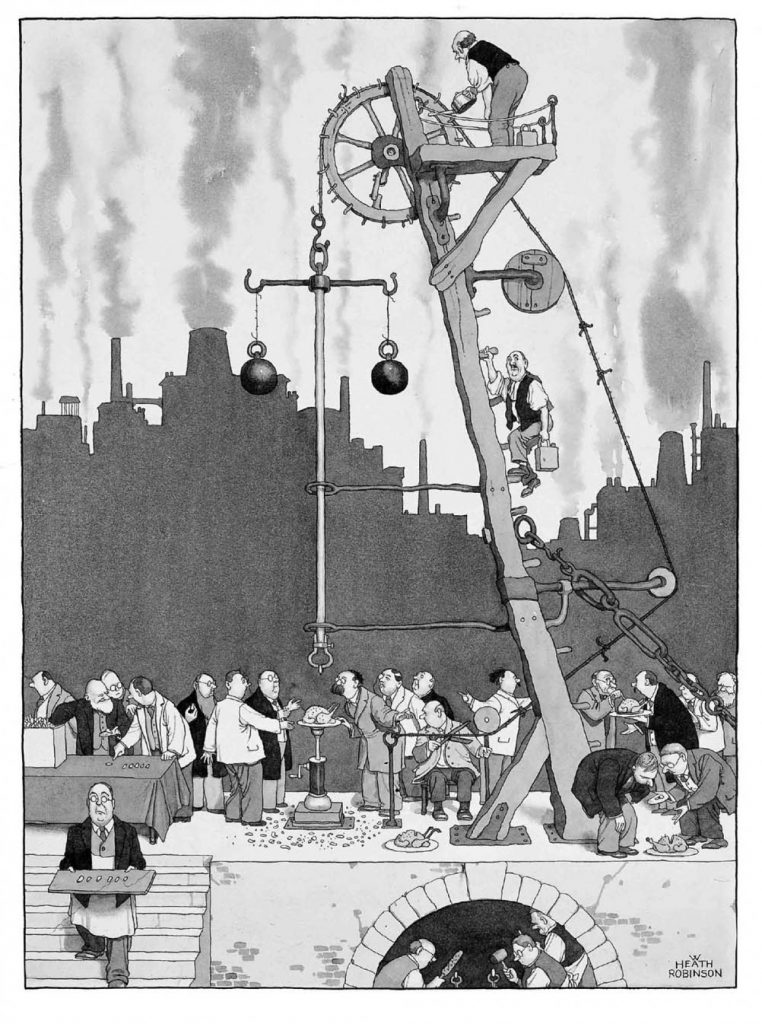 A favourite theme for Heath Robinson’s humorous drawings is chance, unlikely events and the workings of fate.

In 1925 Heath Robinson made a series of eight drawings showing how a trivial occurrence can, through a series of unpredictable consequent events, lead to a disastrous outcome.

They have such titles as “How a sermon may be cut short by the mere falling of an autumn leaf” or “How the thoughtlessness of a butterfly seriously affected a bishop’s corn”. These pictures anticipate Chaos Theory. 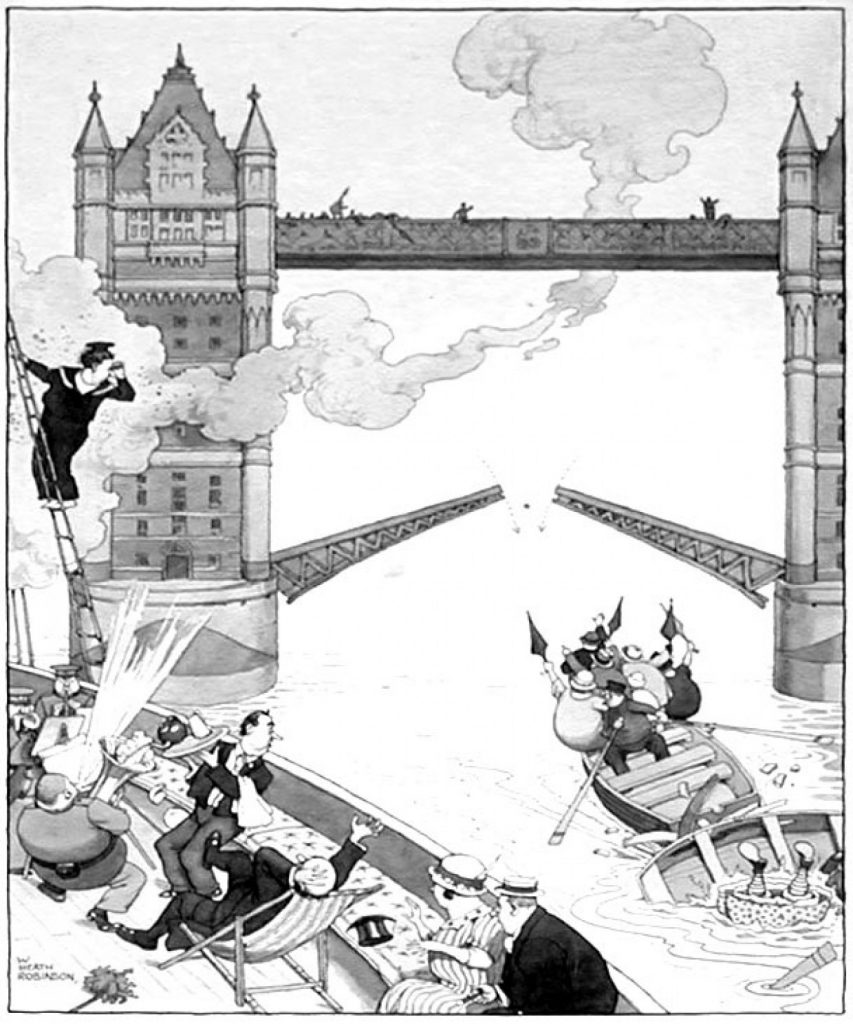 The series of “How to . . .” books established Heath Robinson as The Gadget King. It began with the wonderful How to live in a Flat (1936) in which he not only described the many gadgets that could make flat life more comfortable, but also satirised modernist architecture and design.

Architecture is gently mocked, with corner windows and balconies much in evidence. An extended section explores the possibilities of tubular steel furniture. The book was followed by similar titles on being a Perfect Husband, a Motorist, and Making a Garden Grow. 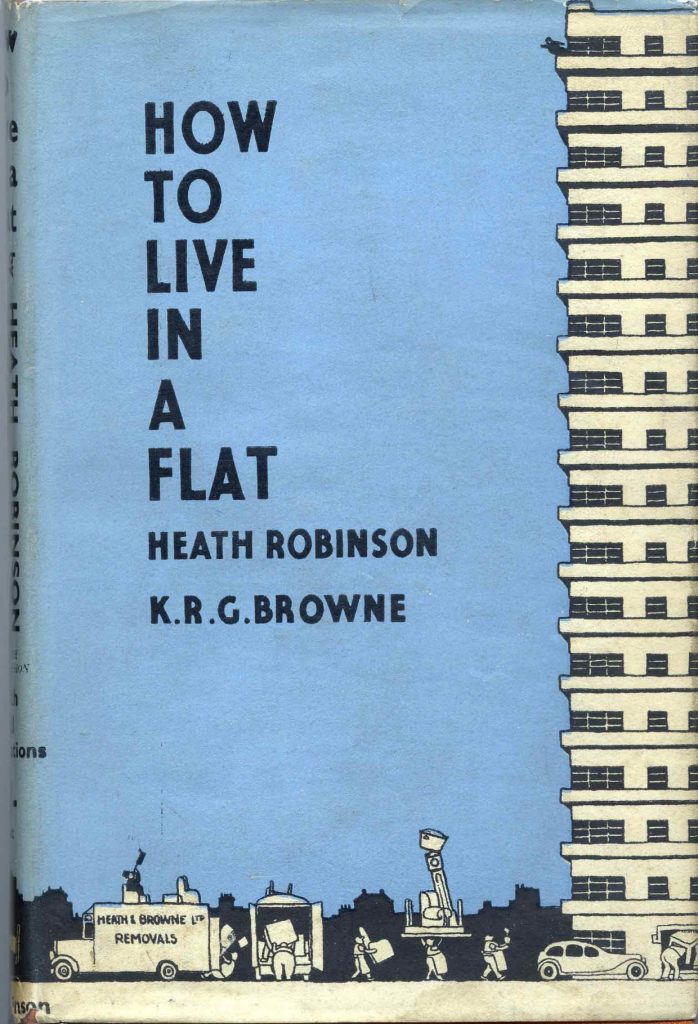 Heath Robinson’s ambition on leaving art school had been to become a landscape painter. Throughout his adult life he would spend much of his limited spare time either drawing or painting.

He wrote that “I devoted much time to watercolour painting at home, relying very largely for this on my imagination… I have tried all through my life as an artist to keep this side of my work alive”.

The combination of his facility with the medium and his unique vision means that, although these pictures are completely different from his commercial work, they are immediately recognisable as his. 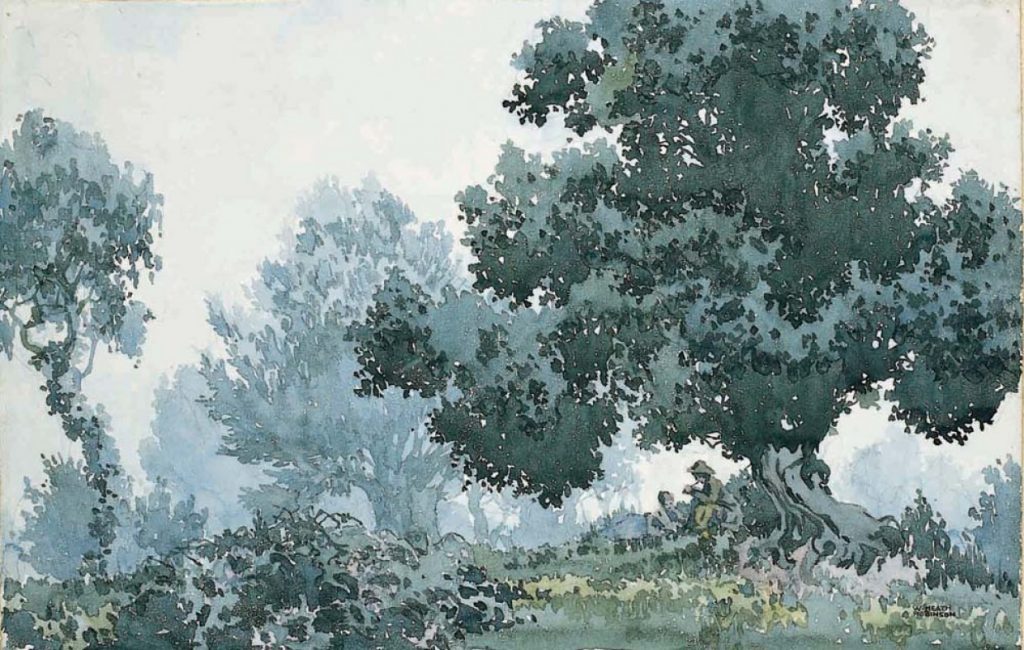 As a man, Heath Robinson was shy, modest, gentle and enjoyed family life. He enjoyed the company of his fellow artists; he was a regular attendee at the London Sketch Club and the Savage Club.

He was a genuinely good person – there was no bitterness in his humour, he never made racial jokes and he steered clear of politics. It is this that ensures that his work appeals to people of all ages and diverse backgrounds. 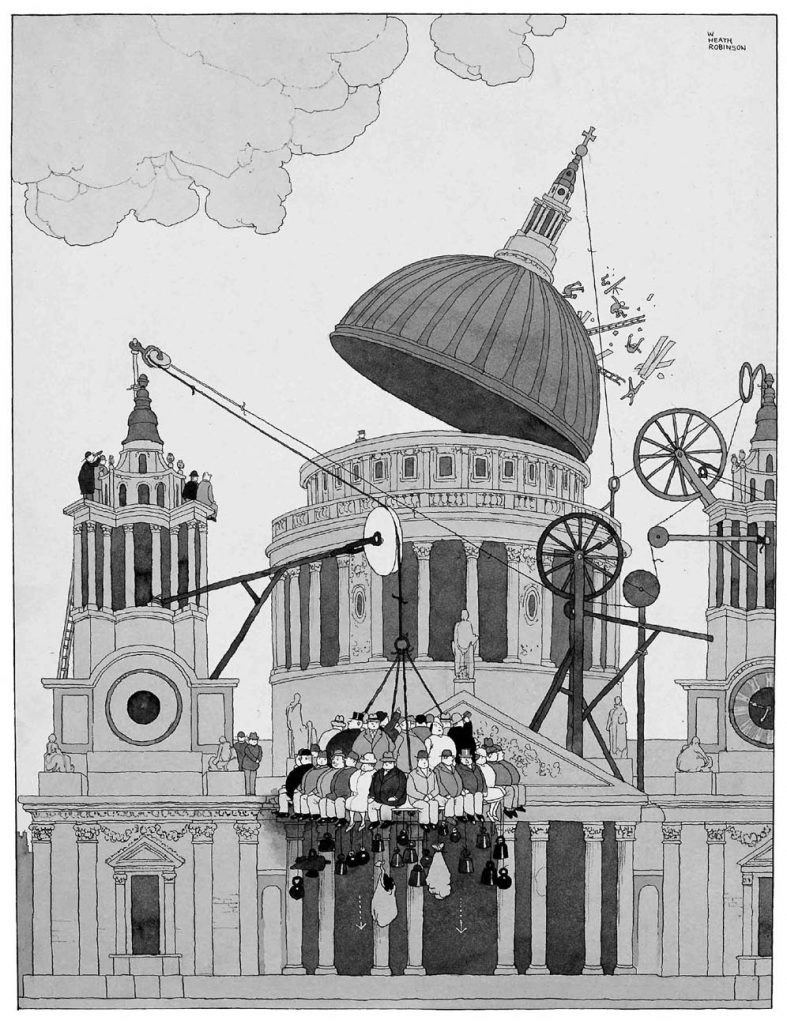 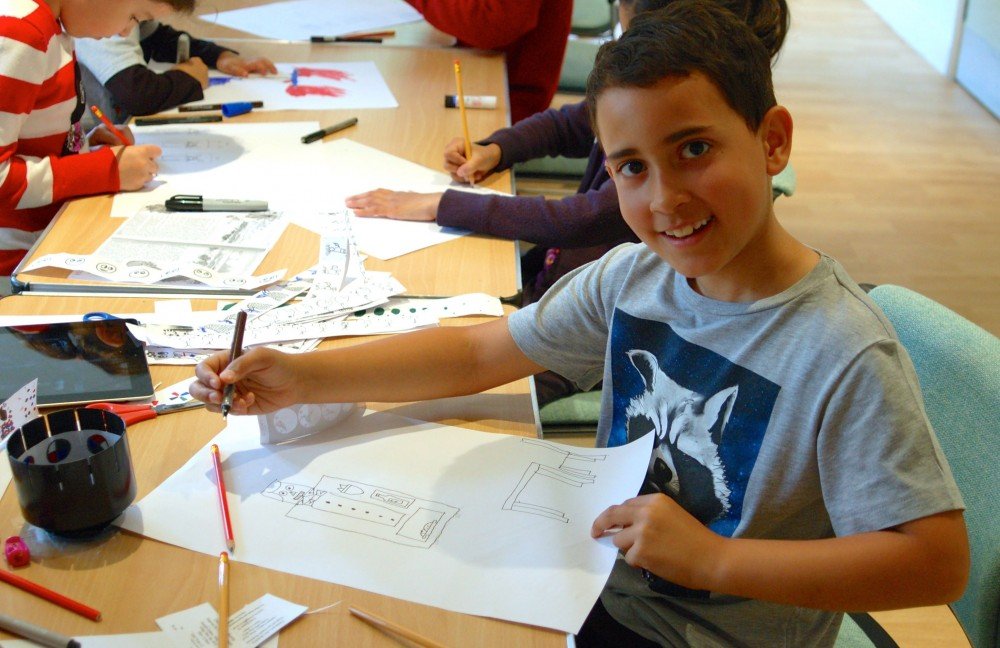 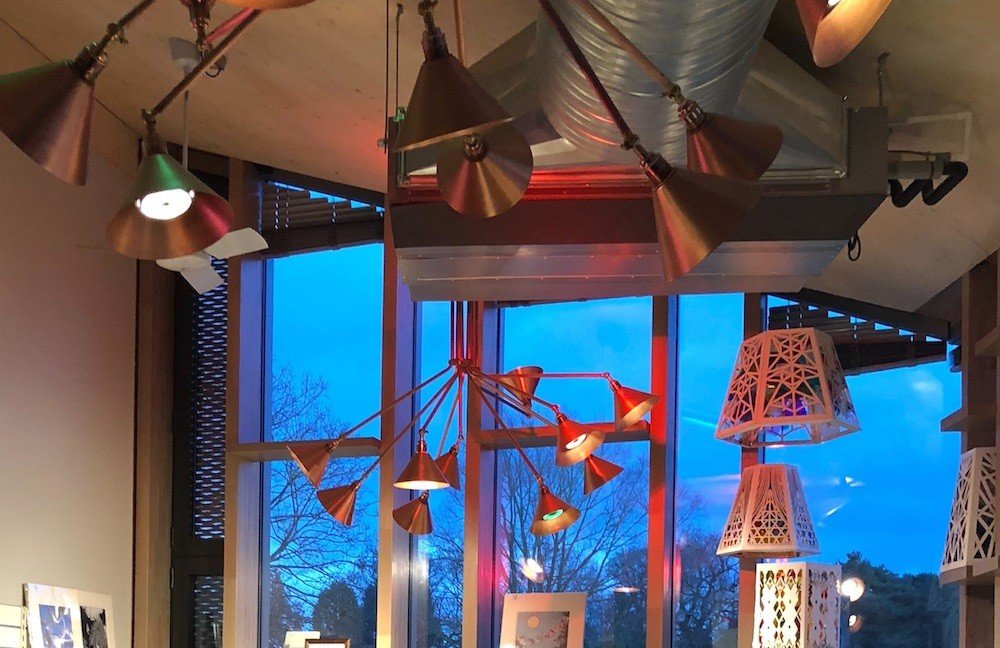