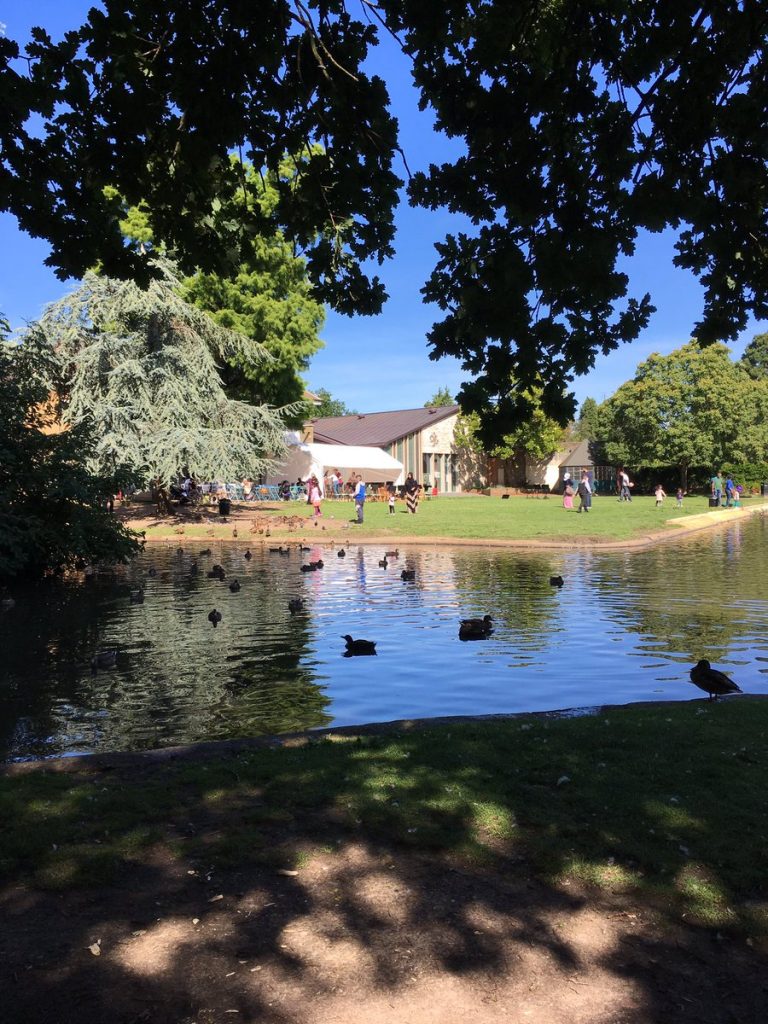 View across the pond by local resident Danny Cazzato

Once the home of the grandson of Admiral Lord Nelson and Lady Hamilton, West House is in West End Lane, Pinner, HA5 1AE, in the London Borough of Harrow.

Now a centre for the community, overlooking an ornamental lake, West House is one of the few old houses in the area still standing in its own grounds, now the beautiful Pinner Memorial Park.

West House amenities include the Verden Gallery, a bright and stylish first-floor function room/gallery that is available for functions, corporate events and exhibitions, a café on the ground floor also providing function catering, a ‘quiet room’ with dedicated shrine for the Pinner Books of Remembrance and a fully-fitted second-floor workspace.

West House stands in the beautiful Pinner Memorial Park overlooking an ornamental lake and opposite Pinner’s 12th-century church on the rise at the top of the medieval High Street.

West House is one of the few old houses in the area still standing in its own grounds, now Pinner Memorial Park. There has been a house on the site for 500 years. It was once the home of the grandson of Admiral Lord Nelson and Lady Hamilton.

The house and grounds were purchased by the people of Pinner after the Second World War and given in trust to the then Council as a war memorial to the dead of the two world wars. A condition of the Trust was that the Pinner Books of Remembrance should be kept at the House. Used from that time for community activities, sadly the house fell into disrepair and Harrow Council closed it in the early 1990s.

With the backing of the Council, The Pinner Association (the amenity society founded in 1932 which had originally raised the money to purchase West House) took on the task of saving the House for the public a second time. To manage and oversee the project, The West House & Heath Robinson Museum Trust was created. Thanks to the Trustees’ efforts, the old house was saved and returned to community use. Following extensive renovation, it was reopened in 2010 in a ceremony led by Michael Rosen, Professor of Children’s Literature at Goldsmith’s, University of London, who was brought up in Pinner and is a Patron of the Trust. This renovation project paved the way for the development of the Heath Robinson Museum.

Also on show at the Shrine are a map of the bomb damage in Pinner and photographs of every instance of damage indexed by location.

The Shrine is the location of an annual short service of Remembrance at the 11th hour of the 11th day of the 11th month. 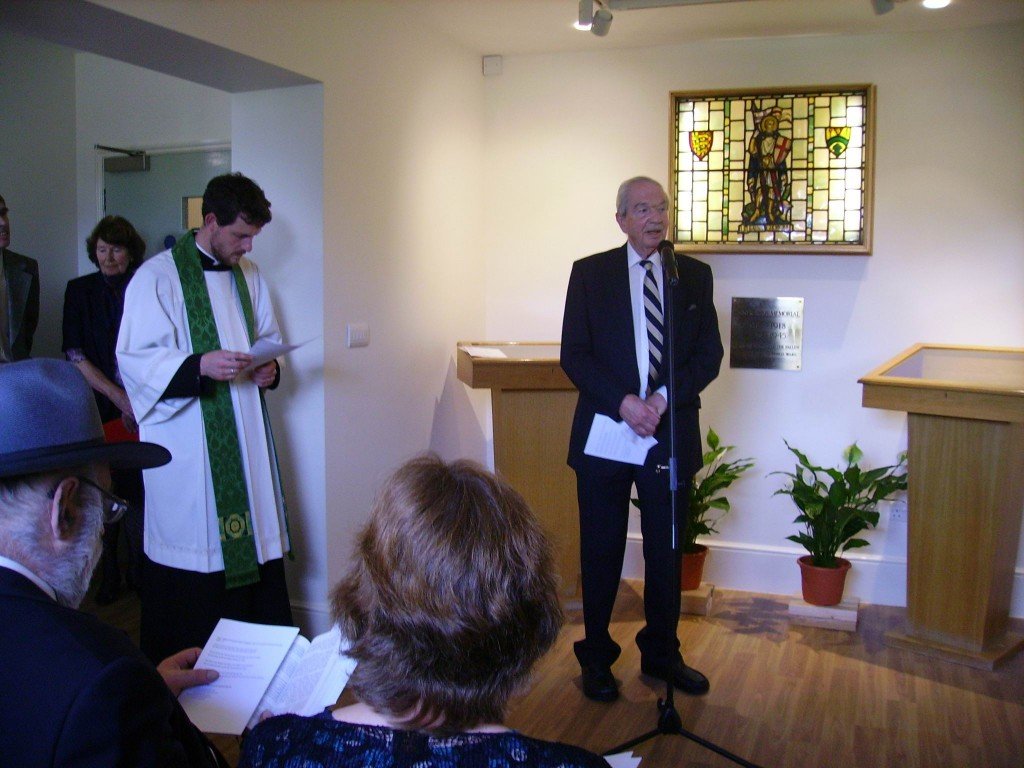 The Blessing by Rev Paul Hullyer with the then Chairman, the late Martin Verden 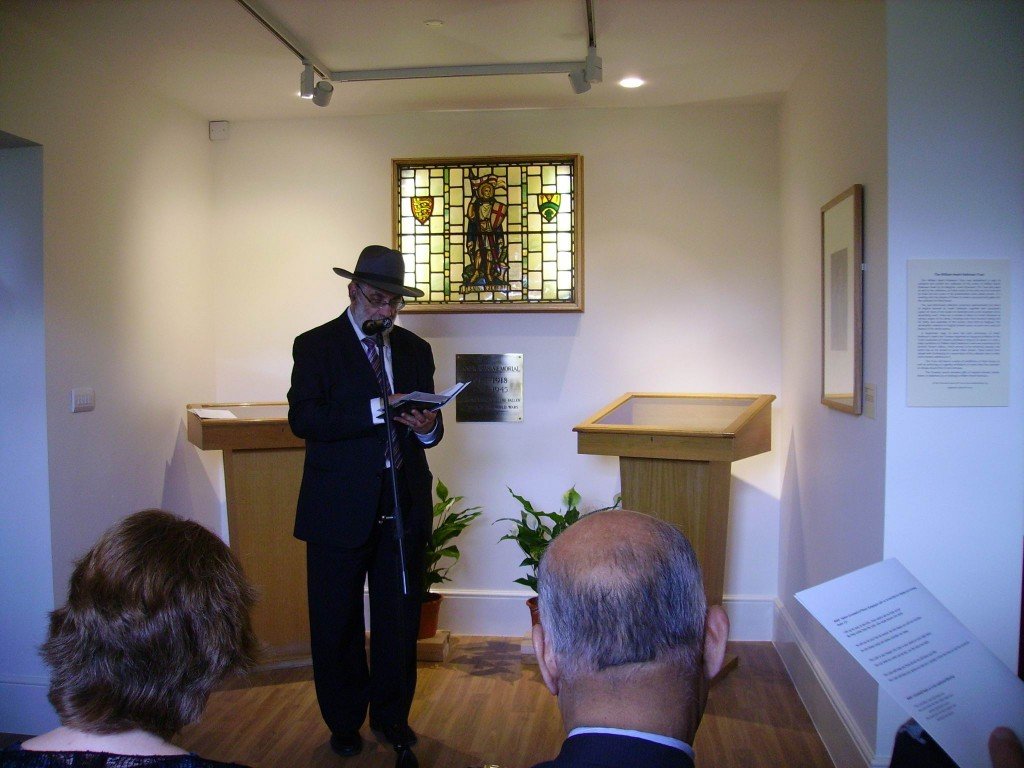 and by Rabbi Yaakov Grunewald

The Pinner Association (the amenity society founded in 1932 which had originally raised the money to purchase West House), with the backing of the Council, took on the task of saving it for the public for the second time. To do so it created The West House & Heath Robinson Museum Trust. Thanks to the efforts of this Trust, the old house has been saved and returned to community use with a cafe open seven days each week, the Verden Gallery upstairs available for lettings and business premises on the second floor.

The West House & Heath Robinson Museum Trust was set up in 2001 to take forward the West House project.  The aims of the Trust are to restore West House for the benefit of the inhabitants of the London Borough of Harrow and the public in general and create

West House was restored and reopened in 2010, and contains:

The West House and Heath Robinson Museum Trust raised £1.5 million to complete the first phase of restoration of West House in June 2010.

The Heritage Lottery Fund awarded the Trust £1.3m to build the new Heath Robinson Museum on the side of West House and we raised over £500,000, including generous donations from local people and Heath Robinson fans as far afield as San Francisco and Singapore.  The Museum continues to need your support to maintain the facility and the exhibitions and welcomes all donations!

The William Heath Robinson Trust was set up to:

The collection, following the acquisition of the Simon Heneage Collection, comprises nearly 1,000 items of Heath Robinson’s original works, including copies of books he illustrated and examples of his advertising work. It spans 40 years and covers all aspects of his work. The Trust is actively supporting the West House & Heath Robinson Museum Trust and has given its collection on permanent loan to be displayed in the new museum in the West House complex.