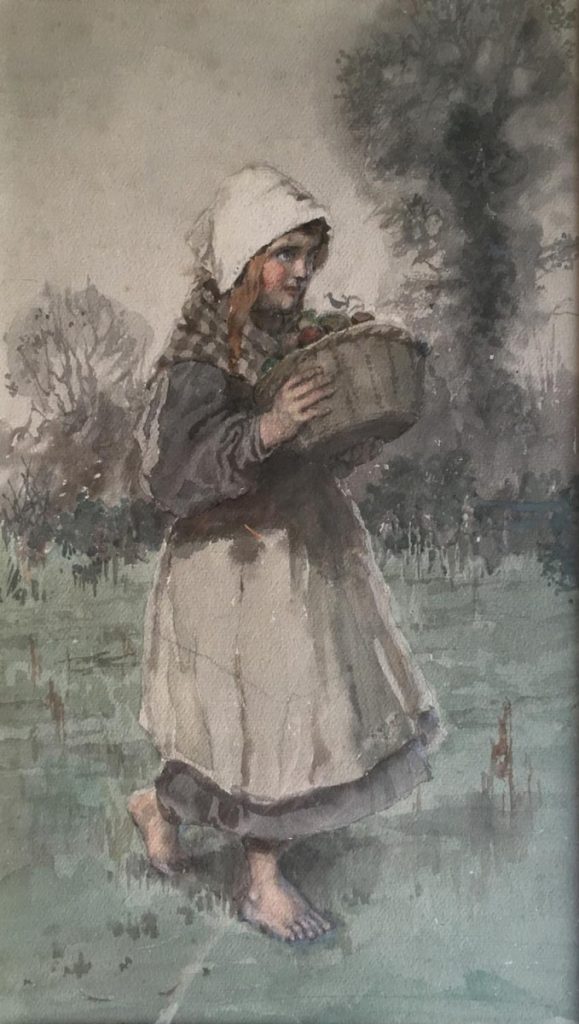 Heath Robinson’s daughter Joan was married to Denis Brinsmead. They had no children, but Denis had two sons from a previous marriage, Christopher and Peter, who became part of the wider Robinson family.

When we were planning the Watercolours exhibition we approached the Robinson family to see whether family members had any pictures that might be included. The main response came from the Brinsmead branch of the family, who had found 28 pictures and who wished to donate all of them to the William Heath Robinson Trust. This very generous gift greatly enriches the Trust’s collection. Highlights include one of the coloured illustrations made for The Collected Verse of Rudyard Kipling (1909) and a fine unpublished illustration, possibly made for Twelfth Night. Also of particular interest are two cut paper collages, probably made towards the end of Heath Robinson’s life. One of these can be seen in the current exhibition, along with paintings of rustic characters, beach scenes, eastern scenes and landscapes. Exhibits that are from the gift are acknowledged at the bottom of their labels. Images of those that could not be included as framed pictures are part of the sequence of images projected on the gallery wall.