Entry to the Special Exhibition is included with your museum entry ticket.
Buy Books
Find out What's On 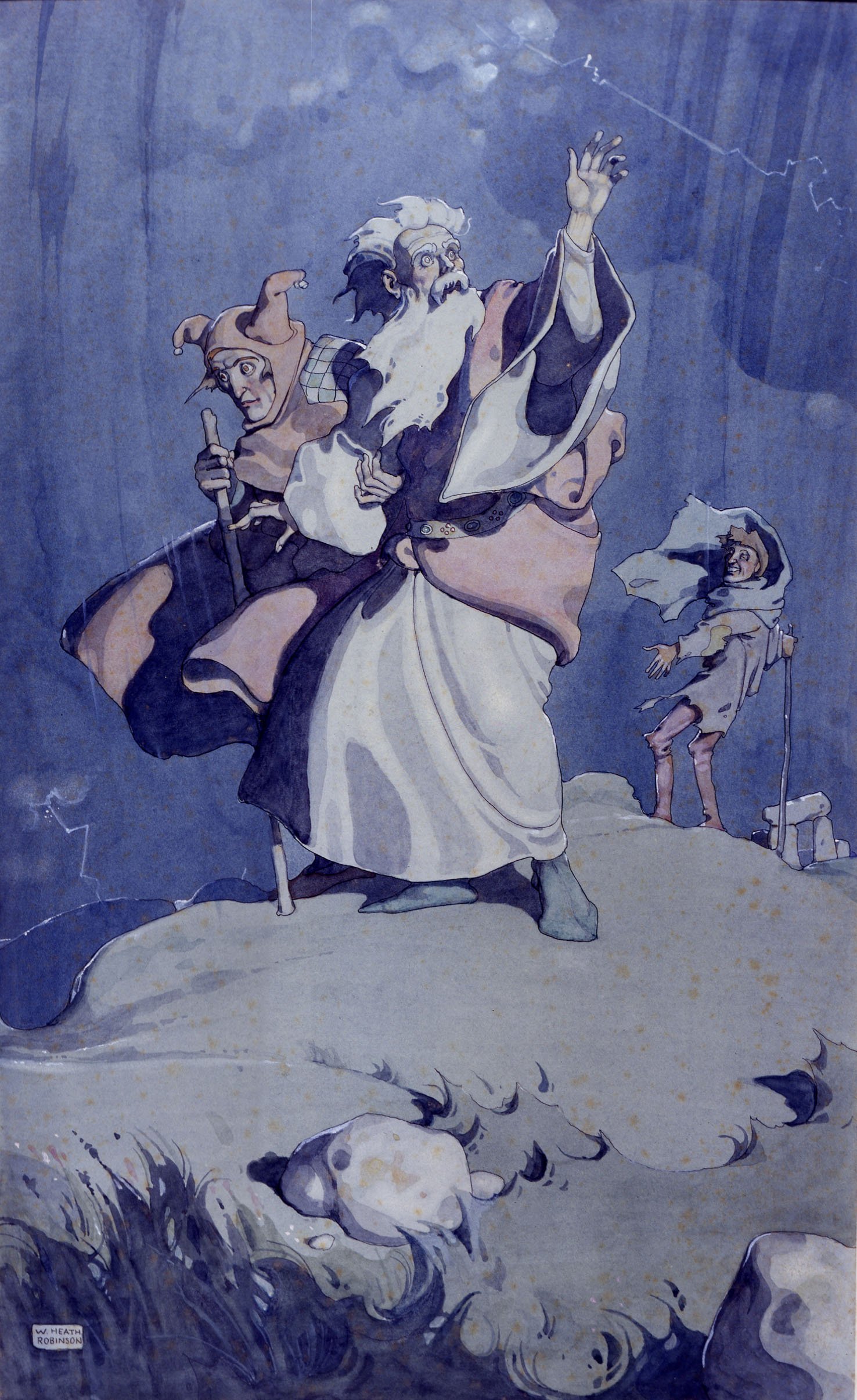 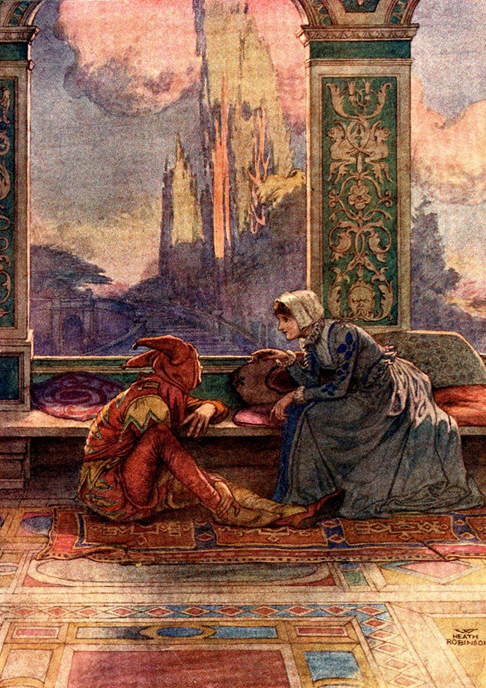 Amongst Heath Robinson’s early book illustrations is a set for Lamb’s Tales from Shakespeare, published in 1902. The quality of the illustrations is mixed. Some seem clumsy and hurried, but in the best of them his genius is beginning to shine through, showing harmony of composition, strong characterisation and an emerging sense of humour.

In 1908 Hodder & Stoughton published Twelfth Night with forty coloured plates by Heath Robinson, the first time he had the opportunity to illustrate a complete volume in colour. In his illustrations he did not attempt to provide a literal record of the action, but rather to convey its atmosphere, approaching his task rather as a composer might set about writing incidental music. In his autobiography he said that “The work was a joy to me from beginning to end; my drawings were designed to give a free illustration of the drama.”

In 1914 he illustrated A Midsummer Night’s Dream with a mix of coloured and line illustration, and this time the balance has shifted firmly in favour of line. Looking back Heath Robinson said “The old Greek stories of the Wedding of Theseus and Hippolyta; of Pyramus and Thisbe and of life in Ancient Athens as seen through English eyes bewitched me”. In these illustrations the use of solid black skies, streams of fairy folk strung out like the tail of a comet, and strong foreground patterns of wild flowers, vines, foliage or horse chestnut leaves, produce a series of drawings that have great depth and variety of texture. They provide the ideal setting for what he called “most wonderful moonlight night in fantasy”.

The First World War effectively put an end to the market for sumptuous illustrated gift books, but in 1921 Heath Robinson received a commission from the newly established publishing house of Jonathan Cape to provide over four hundred drawings to illustrate a new edition of the complete works of Shakespeare. The edition was never published as Cape failed to find a US co-publisher to share the costs. However, the majority of the line drawings and at least three large watercolour illustrations had been completed. Fortunately the works were preserved in the Cape archive and a number of them will be included in the exhibition, courtesy of Penguin Random House, their present owner. 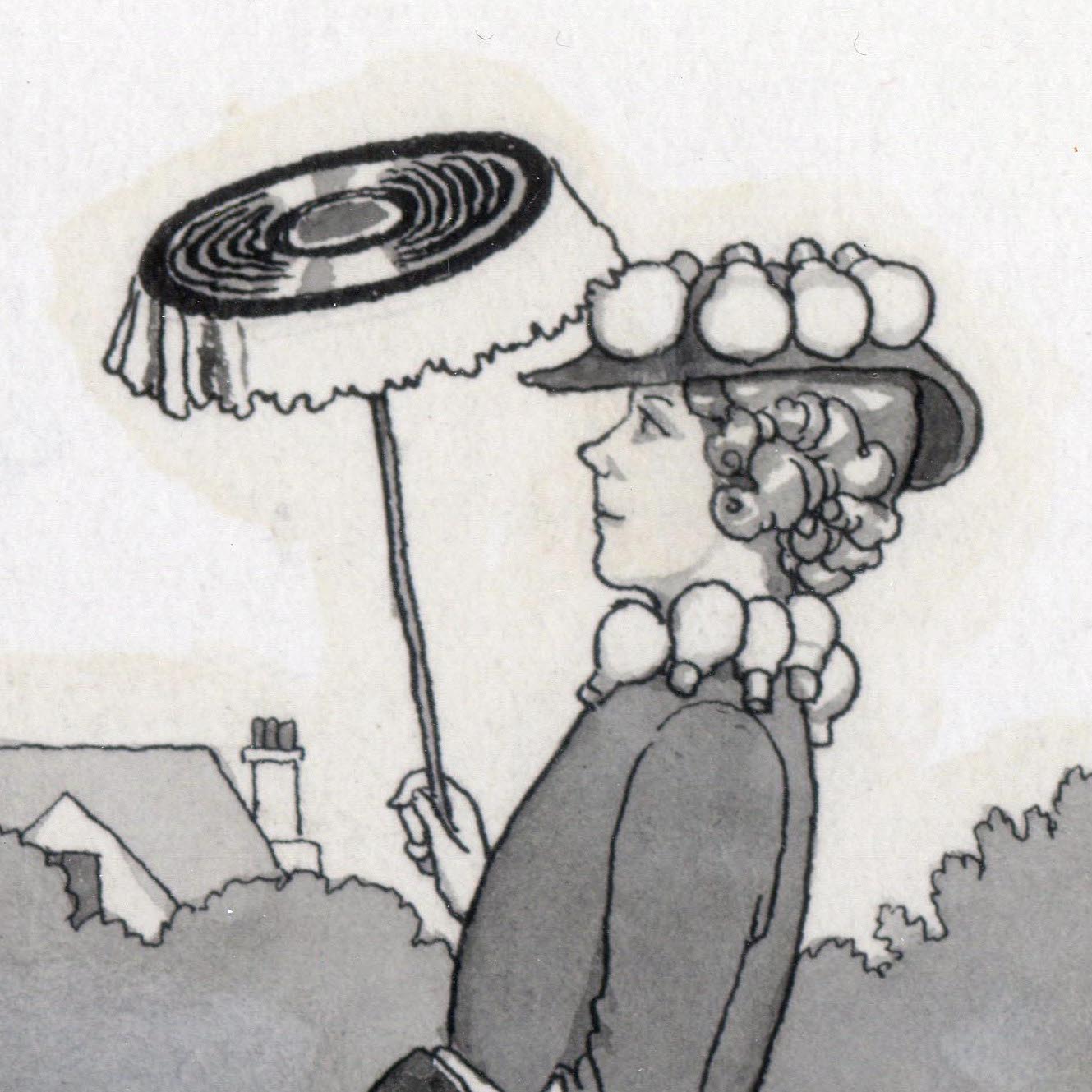